Why measuring in environments that are cold are an issue with febrile screening, but does it mean it no longer works?

With cool temperatures, I am certain that most people have taken note that people’s temperatures dropped. It startled many of us and automatically we started blaming the tools we were using and questioning the calibration of the units.

Meanwhile we were actually looking for figures that weren’t there. Due to Non-contact forehead thermometers, we automatically thought that any infrared thermometer / thermal camera would work. The fact is that we were told that it was simply point and shoot by salesman who have very little knowledge of the actual technology, physics and biology.

This is what has lead us to believe that these IR thermometers are giving us core temperature readings. It couldn’t be further from the truth. How these non-contact forehead thermometers actually work are through simple algorithms that will estimate your core temperature. Now I am not implying that it is in accurate and false, what I am stating, is that if you do not utilize these thermometers in their correct environment (where they were tested and formulated), you will get false readings that will deem measurements as normal and it is the main reason that schools are currently spreading the corona virus simply because guidelines state that the person’s temperature must be above 38°C.

Here is the major issue… 99% of the people that are taking the temperature are untrained firstly, and they are looking at this magic number of 38°C that has been told by government officials that have been lied to as well.

Where I came to find out more about this, was with a project where we installed 6 x FLIR A320 thermal cameras that do not have an algorithm to calculate an estimated core temperature and this proved extremely valuable to us as it allowed us to come to this realization of this issue. In the beginning, my client assumed that they were receiving inaccurate readings and Fortunately, FLIR had two decades of experience and was able to assist us in understanding their algorithm which was not used to calculate an estimated core temperature.

Due to this, I began researching the human body and specifically focused on thermoregulation. Thermoregulation is the process that allows your body to maintain it’s core internal temperature and how it does it is through blood supply. So the warmer it is, our veins open up and there is an increased blood flow to the skin and when we get colder temperatures, our veins constrict and therefore less blood flows to the skin, and with the decreased blood flow, means that there is less heat from the blood being transported to the skin and therefore you have a reduced temperature.

And to further prove this, we can look at some basic physics and specifically focus on heating up a box. If we were to take a basic heater, and place it in a 1m³ box, it would heat it up relatively quickly. If we were to double it, it would take longer. You would require more energy to be used by the heater if you wanted it to heat up within the same time it took in a 1m³ box.

Now if we were to have a 100m³ box with the same heater inside. It would take a significantly longer time to heat up the box and other factors would begin to play. This is what is happening with us humans, We are trying to measure the temperature within the box while measuring the exterior of the box.

So to look further into this, if we wanted to ensure that we keep the heat inside the box in a large area, we would begin looking at reducing energy losses, and one of the first things people would do is ensure the seals are cover gaps that would allow cold air to get into the box. We can say this is the part where we cover ourselves with clothing.

But let us go further, if the ambient temperatures are warm, the time taken and amount of energy required to heat the box is reduced and therefore the exterior of the box will show a higher temperature. Now if it is quite cold outside, we would then add layers of clothing to keep warm. So with the box, we would thicken the walls of the box in order to retain the heat inside and looking at the principles of heat transfer, the thicker a material, the longer it would take for the heat to transfer through the material. This means that less energy is leaked and in order to get a warm temperature in the box would require less energy and our bodies behave in a similar way. Now if we were to measure the temperature inside of the box and measure the outside of the box while it is cold outside, we would be getting very different readings. The outside would be cooler than the inside and the only way to increase that temperature would be five options:

2. Increase the size of the heater and use more energy

4. Estimate what the temperature would be inside

Now understanding the theory, we can now look at the options we have. We all know that raising ambient temperatures is extremely expensive so we can scratch option 1 out and we can’t increase every person’s metabolic rate so we cannot look at option 2.

Option 3, we can use and would be the most accurate, but looking at a number of laws we would be breaking and it is unlikely to have people wiling to share medical thermometers as well as have probes being placed up their rectum. It also takes time for the thermometers to get up to temperature which means that there will be significant time delays for each and every person and if we were to entrust people to do the measurements from home. I can assure you that it won’t happen and most people would lie about their temperatures. So it is not a viable option.

Now we look at option 4, and most manufacturers and companies have gone this route as it gives a figure of what a person wants to see and makes life easier for us. Now if we look at the box scenario, and we calculate an estimate, we can get a fairly accurate result in a controlled environment however there is a major issue. Infrared red is affected by many things and most people lack the knowledge of physics within this electromagnetic spectrum. Person’s such as myself wouldn’t be required if it was that easy and I can list a number of factors that will influence these readings such as wind, sunlight, Light bulbs, windows, etc.

So if we were to try calculate the internal temperature from the outside of a box, we would need to have zero influences (Need a perfect environment and situation) or we would require to have each and every possible variable be input into the equation which is just not possible. This is why it does not work especially in cold temperatures, there are too many influences that will influence the measurement.

And now we look at option 5 and my preferred option. We know that there is a correlation between the canthus of the eye and body temperature. So we know where we need to target and because of this, the average persons temperature should be similar to the next and we used a well-known method in thermography known as the reference method.

This method was tested when we screened 1,500 people in the same area, of which only 30 people signaled an alarm for an elevated skin temperature. This proves that by taking the actual skin temperature measurements, we can rely on the information being similar and if someone were to have a fever, their skin temperature would naturally be higher as there is more energy being used.

I.e. If we were to look at the box example again. If we all had the same output heater in every box except for 1 box which is set at a higher temperature, We would find the box with a higher temperature as the energy being used is higher and is different to the others.

Now that the theory is better explained, can we just do it anywhere. The answer is still no, because the variables that affect the measurement are vary as well. It is not controlled and hence we follow the procedures of ISO/TR 13154:2017 and IEC 80601-2-59:2017. This is to eliminate these factors and allow the cameras to be as accurate as possible. It all becomes about placement of which I explain further in my training.

Understanding just some of the principles that are at play, should indicate to us that the path of trying to estimate core temperatures is wrong and we need to avoid these meters that are being sold. We need to acknowledge that this needs to be thoughtfully done and operators need to have an understanding for the technology in order to calculate the alarm temperatures as opposed to simply handing a tool and telling people, just look for anything above 38°C.

It’s not that simple and when people start realizing this, I do believe that there are going to be a lot of legal cases against companies that have promoted and sold these products that do not comply to standards and actually don’t work because they had no knowledge of how this technology works.

Most companies are deploying these screening solutions to reduce legal risk due to an infected person entering their facility and reduce the spread of a virus being spread within the workplace. That’s why from a legal standpoint, using an FDA approved device and following the international febrile testing standards would mitigate the risk and defend both the customer and integrator from lawsuits.

But to some it all up, if done correctly and the following are true:

1. The system is used in the right environment or location

2. The systems are set up and operated correctly

3. The person being assessed is prepared according to instructions

4. The person handling the thermal imaging system is trained properly by a thermographer that is qualified to train

EST screening is an effective tool for reducing the spread of viruses. If it didn’t work in the past for the N1H1 virus in 2009 and the SARS virus in 2003, do you truly believe it would be forced to be used in 2020 for Covid?

Dino Mão-Cheia is an ITC (Infrared Training Centre) Level 3 certified Thermographer, involved in the emerging thermography industry and the regulatory environment for thermography.

Dino has a degree from the University of Johannesburg and has 5 years of experience in consulting thermographic based solutions (i.e. consulting, sales and training).

Any cookies that may not be particularly necessary for the website to function and is used specifically to collect user personal data via analytics, ads, other embedded contents are termed as non-necessary cookies. It is mandatory to procure user consent prior to running these cookies on your website. 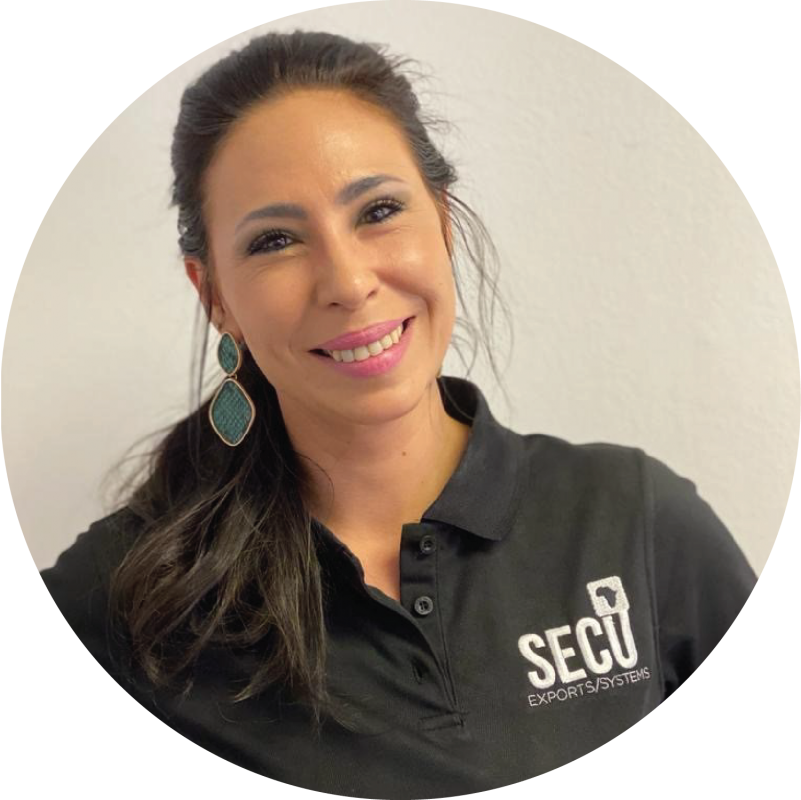